Have you ever wondered where the name Bird School came from? 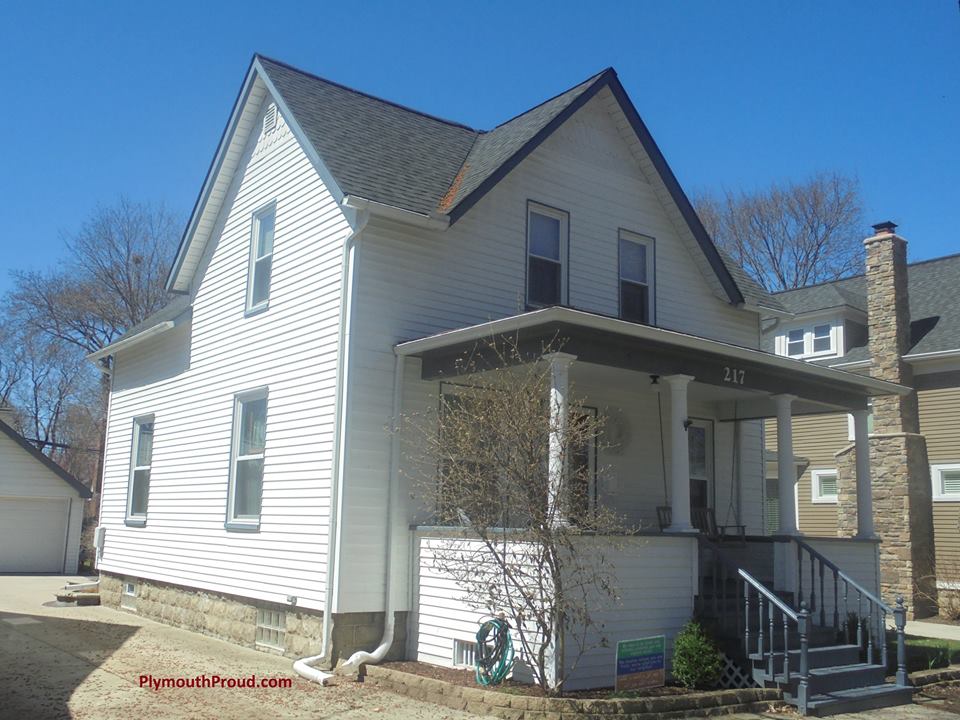 Our local Jim Salamay, just posted a very interesting article on his website in regards to the history of Nellie E Bird and her home in Downtown Plymouth.

217 Ann Street was built in 1912 and was home to a very well-known Teacher and School Principal of Plymouth-Canton Community Schools (PCCS). Nellie E. Bird (Smith) was born on a farm in Salem Township on March 4th, 1882. After graduating from Ypsilanti High School, she received her teaching degree from Ypsilanti Normal School (now known as Eastern Michigan University) while she was employed by PCCS, she earned her Masters Degree from the University of Michigan. Mrs. Bird was married to Frederick Bird and they moved into this Plymouth home in 1917 with their 2 daughters. When the Birds moved to Plymouth, Mrs. Bird became a 5th-grade teacher at Central Grade School. Mr Bird passed away in 1922. In 1923 Mrs. Bird became the Principal of Central Grade School which was located in the same building as Plymouth High School (today is known as PARC) until 1950. Mrs. Bird also served as Principal of Starkweather School. In 1950 the Plymouth-Canton School Board voted unanimously to name the “new Elementary school” being built on Sheldon Rd after Mrs. Bird. In 1951 the Nellie E. Bird Elementary School located at 220 Sheldon Road in Plymouth was dedicated. (Go Thunderbirds!)

Mrs. Bird loved to plant a large garden and her specialty was raspberries. Many of her students stated that visiting her home on Halloween was always a delight especially since she would know most kids’ names even while wearing costumes. “She could see right through those disguises no matter what the costume”, said a former student. It was said that Mrs. Bird was very efficient, the child always came first and she was very fair with children and teachers. ” Working with her was really a delight, she was very strong on the fundamentals of education” stated by Mrs. Tanger who taught under her. Mrs. Nellie Bird passed away in 1980 and was laid to rest at the Riverside Cemetery. Mrs. Bird was definitely an asset to the Plymouth-Canton Community and her legacy will continue to live on as hundreds of students are educated at the school named in her honor year after year. 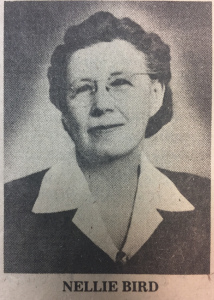